7 Things You Could Have Bought Instead of Your Child

We can all agree mothers sacrifice so much when it comes to raising their children. As accountants, we couldn’t help but look at the financial aspect. In 2015, the average cost to raise a child climbed to $233,610 and that doesn’t even include college expenses!

We thought we’d take a look at the top 7 ways you could have spent this money instead of spending it on your child. 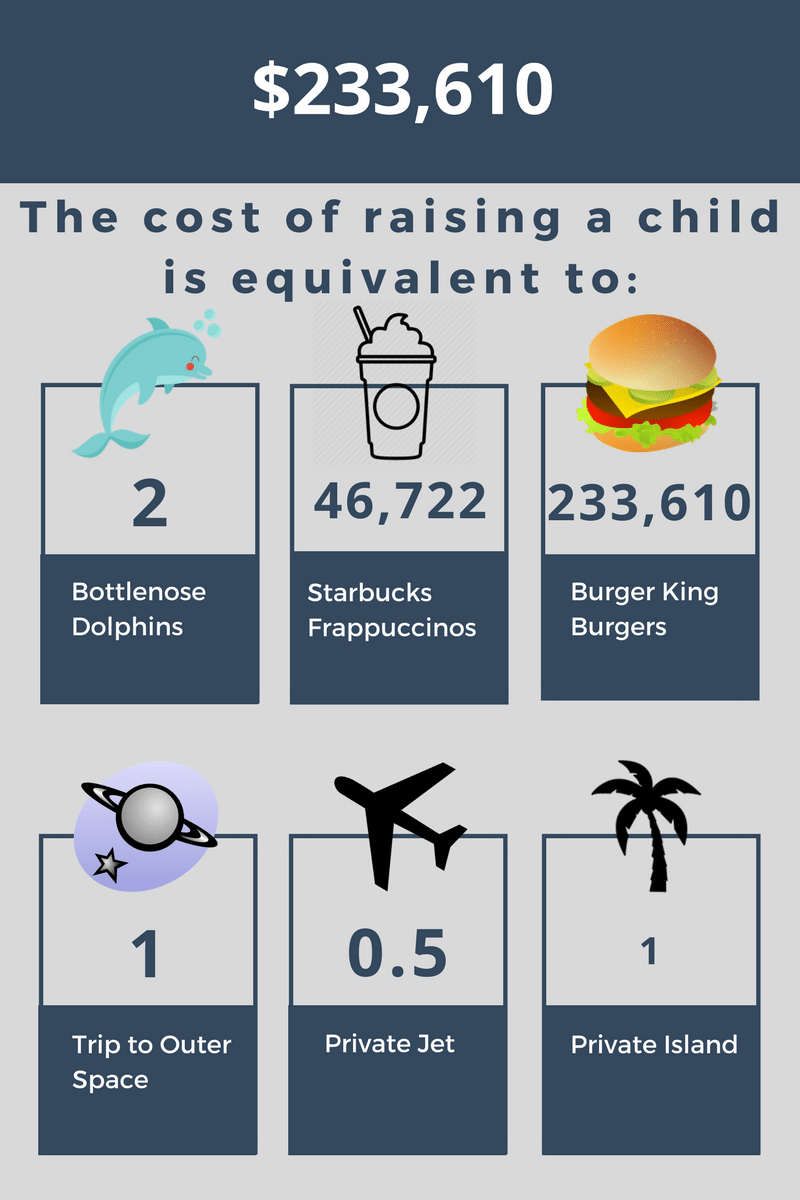 Aquariums pay between $100k-$130k per Atlantic Bottlenose Dolphin. This means, instead of changing dirty diapers and telling Junior to stop hitting his sister, you could be going on a daily swim with 2 beautiful bottlenose dolphins which you purchased and are now the owner of.

That’s 1.64 Frapps per day for your entire life you could have had, had you not made the decision to raise a human.

Virgin Galactic has developed a 6 passenger spacecraft called SpaceShipTwo. It costs $250,000 per seat and is set to take its first passengers to space later this year. This means, instead of arguing with your teenage daughter about the boys she’s not allowed to date, you could have gone into outer space!

3. Find someone to go halfsies on a private jet

A private jet might have been just out of your price range, but if you had found someone else who had also decided not to reproduce, the two of you could be co-owners of your own private jet!

Bankrate recently featured an article revealing 7 private islands you can purchase for under $300k. This means, instead of shelling all that money out on medical bills for Junior’s broken arm he suffered from falling off the monkey bars, you could have literally owned your own private island.

In all seriousness, the investment a mother makes is something one truly cannot put a price tag on. A typical mother puts everything on the line for her children and asks for nothing in return.

To all of the mothers out there who are struggling with sleepless nights, worry, fear, or difficult times, just know that your investment is worth it.

Happy Mother’s Day to all of the amazing mothers!

You must be logged in to leave a reply.